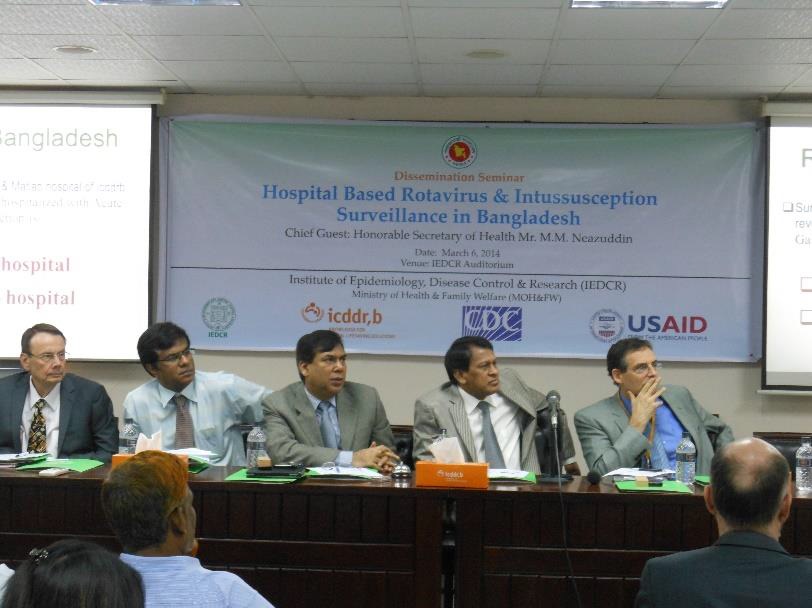 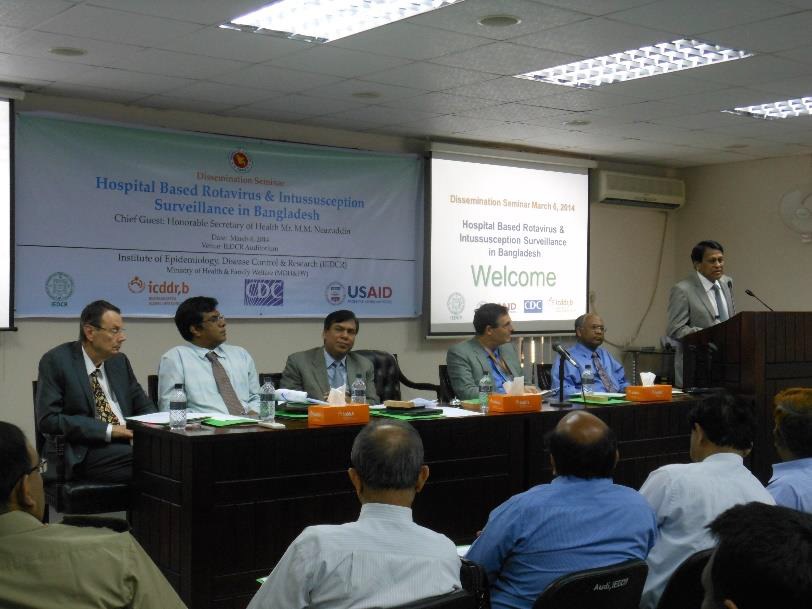 IEDCR and icddrb jointly conducting rotavirus and intussusception surveillance since July 2012. At first it was in three sites but now is conducted in seven hospitals all over the country. The objectives of this surveillance are to estimate the proportion of diarrhea hospitalization among children less than 5 years of age, which are attributable to rotavirus, to describe the predominant strain of rotavirus throughout Bangladesh, to determine the age, region and seasonal distribution of hospitalizations associated with rotavirus in the population under surveillance and to estimate the frequency of hospitalization associated with intussusception among children less than 2 years of age in surveillance hospitals. From July 2012 to January 2014, a total of 5766 acute gastroenteritis cases were hospitalized and 1452 samples collected. Among them 966 (67%) found rotavirus positive, 2 deaths and intussusception was confirmed in 39 cases. As there is no specific treatment of rotavirus except rehydration by ORS or IV saline, vaccination can play an important role to prevent the disease. So, it is suggested to expand surveillance, epidemiological studies & introduce rotavirus vaccination.